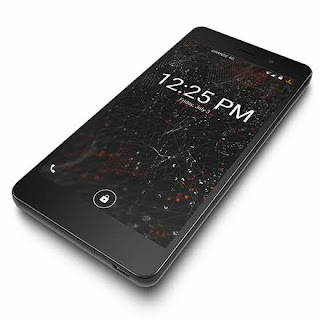 The Silent Circle Blacphone 2 is a smartphone focused on users data encryption and privacy. The device was released back in 2015 but it’s been more than 4 years now and the KATIM Phone holds the spot for the most secure smartphone in the world as of 2020.
However much the KATIM Phone offers high-level security and data encryption, it comes at a hefty price tag of around $800. With the KATIM Phone coming at a high price, it obvious most people would start looking for alternatives and with the current conspiracies of government surveillance and rise in cases of hacks and data breaches, it’s quite understandable why people would go for such a smartphone.
The Silent Circle Blackphone 2 offers a fully private user experience, with advanced security features, deep permission management, voice encryption, text encryption, and also a built-in video chat feature.
The phone doesn’t run on the basic android but instead, it uses a heavily modified version of Android.
The best thing about the Silent Blackphone 2 is that every voice call, text, or video call that you make on the device, travels through Silent Circle’s Private Cloud VPN which means no middle-man attacks or spies Listening to your conversation. 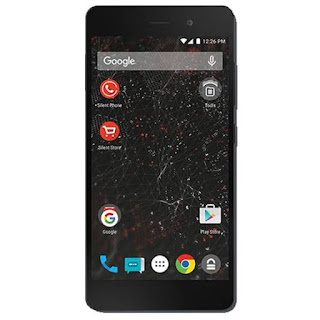 The Silent Circle Blackphone 2 sports a 5.5 inches IPS LCD display with a 1080 x 1920 screen resolution. This leaves the display with a total pixel density of 401 pixels per inch. The display is crystal clear as the display is only 5.5 inches with a pixel density of 401. This means that the pixels won’t be stretched much giving a perfectly clear display.
The display is also scratch-resistant. It features the Corning Gorilla Glass 3 screen protection.
The display also uses the One Glass Solution technology. This means that the display is thinner as one of the layers of the display is removed from the traditional capacitive stack. The main advantage of the One Glass Solution touch panels is that they are thinner, cheaper, and provide brighter displays then regular LCD modules.

The Blackphone 2 runs on a heavily modified version of Android 5.1.1. The reason for this is that Silent Circle can remove some of the features that make the stock Android vulnerable to attacks. The fact that the Blackphone 2 runs on a modified version of Android means it’s more secure than the stock Android.

The Blackphone 2 runs on a Qualcomm Snapdragon 615 MSM8939 chipset and the Octa-core 1.7 GHz Cortex A53 CPU. Yes, the processor is 64 bit. For the Graphics, the Blackphone 2 utilizes the Qualcomm Adreno 405.

The Silent Circle Blackphone 2 ships with 3 GB of RAM and 32 GB of internal storage. The amount of RAM on this device might not seem much, but the phone is designed to efficiently work with this size of RAM. So don’t think it’s not enough, it’s quite enough. There’s also a dedicated MicroSDXC slot in case you’d like to expand your storage.

The Blackphone 2 utilizes a single 13 MP rear camera which actually performs really well but when the image quality is compared to the iPhone 6, the images are not as good. There’s also dual-LED flash at the rear for lighting up those low light areas. The camera can also record videos at 30 fps but there’s no slow-motion feature.

You get a 5 MP camera at the front with no LED flash.

The Blackphone 2 is powered by a 3060 mAh Non-removable battery. The phone also has the fast
charging feature.
Suggestion – KATIM Phone Review, Specifications and Prices.

As said earlier at the start of this post, the phone encrypts every voice call, text or video call that you make on this phone. The voice, text, and video call travel through silent Circle’s PrivateCloud VPN ensuring maximum privacy and keeping away spies.
The Silent Circle Blackphone 2 might be a bit old and may not have the same advanced technologies as the KATIM Phone, but the Blackphone 2 still has many tricks up its sleeve.
Silent Circle even partnered with Qualcomm to create a chip that can be securely partitioned so the user can create spaces for stuff like work, personal stuff, and other things. Each space has it’s own privacy settings and permissions.
As the Blackphone 2 runs on a modified version of Android, Silent Circle devices are able to receive real-time OTA security updates and patches.
The phone comes with google apps like Gmail, Google Drive which means you can download apps from the Google Playstore. However, the Blackphone 2 audits each and every line of the app’s code before installing. Which means it’s really hard to install malware on this device.
You can also disable the ability of apps to access functions like vibration and real-time location. The phone also includes a randomized keyboard for the screen unlock code. With this, even if someone peeped into your phone when typing the password, they wouldn’t master your pattern by looking at the spots where you are touching. This is because the keyboard will show an entirely different layout every time you try to enter the passcode.
The phone also allows you to delete the data remotely. There’s also an option to zap specific apps or data on your phone without deleting everything else.
Suggestion – Best KATIM Phone Alternatives.

As the Blackphone is a bit old now, the phone is definitely cheaper than the KATIM Phone. The factory unlocked version of the Blackphone 2 goes for $639 on Amazon as of July 2020. That is $160 cheaper than the KATIM Phone.
The Blackphone 2 might not hold the spot for the most secure smartphone in the world anymore, but it’s still pretty much in the game. However, the phone just feels like a normal android phone to anyone which I think is a perfect cover. However, the security measures and the data encryption under the hood is pretty close to that of the KATIM phone.