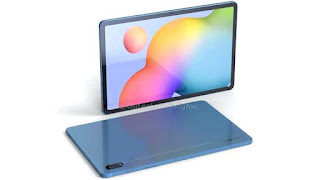 The Galaxy Tab S7 will be running on the latest Android 10.0 and the One UI 2.1 launcher. The tablet will also run on the powerful Qualcomm Snapdragon 865+ chipset. This is a huge improvement in terms of the processing power compared to the Samsung Galaxy Tab S6.
As the Qualcomm Snapdragon is also featured in the Asus ROG Phone 3, it’ pretty clear that it’s a powerful processor. The processor is paired with a 3.1 GHz Kyro 585 CPU and an Adreno 650 GPU.
Suggestion – Asus ROG Phone 3 vs Nubia Red Magic 5G

The expected price of the Samsung Galaxy Tab S7 is estimated to be between $699 and $800. This is only our guess.
We’re Update These Specifications And Prices Once Samsung Officially Announces Them.