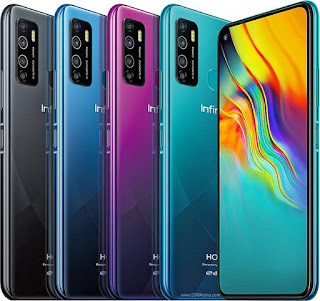 The Infinix Hot 9 is the latest smartphone in the Hot series. The phone was released in March 2020 and therefore it’s still a bit new. This comes with an added advantage as you can expect the latest software and Android version.
However, the Infinix Hot 9 doesn’t bring with it any new designs or features. It however is a huge upgrade as it features the punch-hole design for the selfie camera. The design of the Hot 9 is however very similar to the previous builds. 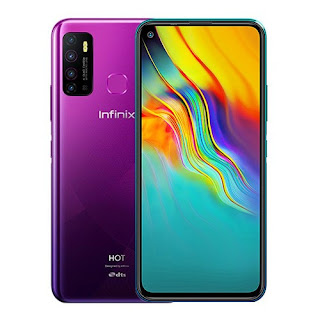 The Infinix Hot 9 sports a 6.6 inches IPS LCD display with a 720 x 1600 screen resolution. This leaves the display with a total pixel density of 266 PPI. The phone also has an 82.8% screen to body ratio which means you have a huge display all to yourself.
The display of the Infinix Hot 9 has very decent viewing angles. Despite it having a 720p display the screen is also fairly clear and the colors are vivid. The display is also really huge when you’re holding the phone in your hand. It has a really small side bezels which is beautiful. The display also has a dark theme which I found really useful especially at night. The eye-care mode is also included. 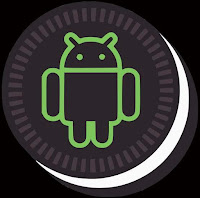 The Infinix Hot 9 runs on Android 9.0 out of the box coupled with the XOS 6.0 launcher. The Hot 9 runs on a Mediatek Helio A25 chipset and an Octa-core 1.8 GHz Cortex-A53 CPU. A PowerVR GE8320 GPU is also added to the setup.
With this setup, the Hot 9 performed fairly well. It operated very smoothy during normal tasking and also handled light games very well. However, there was some lag during heavy games like PUBG in full graphics settings. However, the phone doesn’t really handle multi-tasking very well and it sometimes results in some lag.

The Infinix Hot 9 sports a Quad camera setup at the rear. The setup has the vertical design meaning the cameras are arranged from the top moving downwards. The setup houses a 13 MP main camera, 2 MP macro shooter, 2 MP depth sensor, and a QVGA low light sensor.
However, for the 64 GB/128 GB models, you get the 16 MP main camera. The rest of the cameras are similar to the other models.
The rear camera performance of the Hot 9 is not perfect. In broad daylight, the images are well detailed and the colors were also well balanced. However, photos shot at night seemed a bit washed out and less detailed. As for the HDR, the images were sometimes oversaturated but sometimes when using a tripod, the images appeared a bit better.

The Hot 9 utilizes a single 8 MP camera at the front. Due to the punch hole design of the display, there’s no front LED flash. The phone uses the display as the flash in low light and it actually ends up blinding you for some seconds after the shot. The photos were not detailed and the colors were not natural. If you coming from a phone with a bigger camera than this, you definitely notice this. 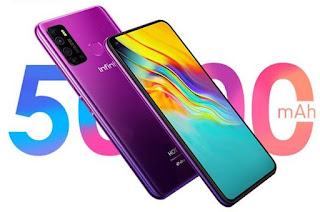 When it comes to the battery, the Hot 9 won’t disappoint you at all. This phone has the best battery life. The phone is powered by a 5000 mAh non-removable battery. The phone will easily last you 48 hours on a single charge with light usage.
There no fast charging feature though so you have to wait a few hours for a full charge.

Infinix Hot 9 is a decent smartphone to go for if you’re on a budget. It has offered a huge display, decent memory, and a huge battery. As for the cameras, they are not the best but the experience may vary from person to person. However, when it comes to performance, don’t expect much from it especially if you’re going to be doing some heavy gaming. The performance is however descent during light usage.
Leave a comment if you like it and also share it. Remember, NO SMARTPHONE IS TRASH, IT’S JUST NOT MEANT FOR YOU.