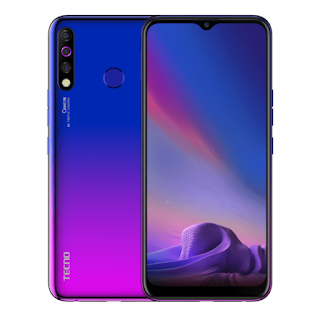 On the August of 2019, tecno one of the most popular phone brands released the Tecno camon 12. From the look of the camon 12, it looks really sleek with a huge screen and the rounded edges. After the phone was released, everyone was rushing to acquire the smartphone since it came in the market at a good price range. For around Ksh 13,000 to around Ksh 15,000, you could acquire the device from most smartphone stores.
Now it has been over 7 months since the phone was released into the market. To be fair, it’s had a huge amount of user’s but can it really fit the tittle of the perfect budget phone?
For me I think a smartphone should be judged by 4 properties; display, memory, camera, and the battery.
1.Display
The Tecno Camon 12 comes with an IPS LCD capacitive touchscreen display which is 6.52 inches in size. The display boasts of a 720×1600 pixels resolution with a pixel density of 269 pixels per inch. The display is also screen resistant and uses a 2.5D curved glass.
The size of the display is quite huge and good enough for watching movies and streaming videos on you tube. But there is a disappointing feature about the smartphone which is the screen resolution. I’ve always been a fan of good screen resolutions and the 720x1600p on the camon 12 is quite disappointing. It would be better if the phone had at least a 1080p resolution. For the 2.5D curved glass, the camon 12 gets a mark for that. The curved glass gives it a good appeal at the edges
2.Memory
The tecno Camon 12 ships with 64 GB of internal storage together with 4 GB of RAM. It also has a dedicated microSD slot.
For the storage, the tecno camon 12 is quite impressive. 64 GB of RAM is quite enough to store all your pictures and videos without asking you to delete something to create space for another. The 4 GB RAM is also quite enough. Anything above 2 GB of RAM can hold quite well on a smartphone.
3.Camera
The camon 12 comes with a triple camera setup at the rear. The setup houses a 16 MP (main camera),8 MP and a 2 MP depth sensor camera. It also combines it with a Quad LED flash. At the front of the smartphone rocks a single 16 MP camera with HDR capabilities.Both the cameras can also shoot videos at a 1080p resolution and at 30fps.
When it comes to the camera on this smartphone there is no argument that the phone has it all. The cameras produce high quality photos and the front camera will surely make video calls clearer. Just to add though, it would have been even more fantastic if they had included a camera for macro shots.
4.Battery
The phone has a non-removable Li-Po 4000 mAh battery.
This size of battery is actually enough to as you throughout the day without needing a recharge. If you’re going to use the phone for heavy gaming though, you will be needed to charge it couple times a day.
Conclusion
After going through the specifications of the smartphone,i would say the phone is a good budget phone. The reason why it didn’t reach the perfect budget phone rank is due to 2 reasons:
1.Low screen resolution.
2.Lack of the macro shot camera.
NB: Overall the tecno camon 12 is a good budget phone.

One Reply to “Is The Tecno Camon 12 Worth The Title Of The Perfect Budget Smartphone?”