Screen Burn-in And How To Prevent Or Fix It In AMOLED And OLED Smartphone Displays. 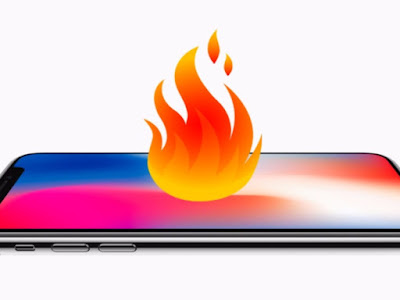 If you’ve ever used a smartphone with an AMOLED or OLED, chances are you’ve come across screen burn-in and how annoying and ugly it can make your display look.For those who have never seen it, it looks something like the image above but in some cases it can be really extreme.

What is screen burn in?
There’s no actual burning on the screen.Screen burn-in is the name given to permanent discoloration of your smartphone’s screen caused by irregular pixel usage.
What causes screen burn-in?
Screen burn in is caused by prolonged usage of a static image on the screen.In simple terms, displaying the same image on your display for a long time.Not hours or weeks but months or years.
The screen burn-in also known as the ‘screen ghost’ happens when phosphor compounds that emit light to produce images lose their intensity with prolonged use.Moreover,the irregular use can ‘burn’ an image onto the screen which will be visible all the time.
For a simpler explanation; If you use the same wallpaper on your AMOLED or OLED display, you will a faded image in the background even after changing the wallpaper. In sever cases, even the keyboard can be ‘burnt’ into your screen.
Notice the ‘ghost’ main menu images in the background although the phone is in settings, those are effects of screen burn-in.
How to prevent screen burn-in
Screen burn-in can’t always be avoided.Sometimes it’s the display with the problem and you just can’t do anything to avoid it. AMOLED and OLED displays are the most affected.These type of displays are found in most high-end devices like Samsung and iPhone.
For cases where you can avoid it, there are some preventive measures you can take into consideration:
1.Keep your display brightness low.
2.Shorten your screen-off-timer to prevent the static image, e.g wallpaper, from being displayed for too long.
3.Pick a wallpaper with darker colors and change it every now and then.
4.Use keyboards that offer dark theme to avoid screen burn-in at the lower half of your display.
How to fix it
For AMOLED displays that already have this problem, i think i can help.I had the same problem once and i managed to fix it atleast for a while.Just take the screenshot of the burn-in and save it.Then go to playstore and search for an app to revert the image.I personally an app called Negative Image and used it to reverse the burn-in.
For the LCD displays, though they are rarely affected by this problem, there’s an app in playstore called LCD Burn-in Wiper which claims to fix the issue.You can try and give feedback.
However, if your screen is already burnt and the fixes above didn’t work, there not much you can do.
Conclusion
The worst part about screen burn-in is that it’s covered by the phone’s warranty.The warranty only covers manufacture defects and the screen burn-in is considered as one.The only fix is maybe purchasing another phone.
However, screen burn-in should not be a major concern for those who are looking to buy a new OLED or AMOLED smartphone. Screen burn-in is not that common and modern OLED and AMOLED smartphone displays have a much longer lifespan.
Just don’t leave a static image on the screen 24/7 with brightness turned to maximum.
Share Post
Share on TwitterTweet
Share on Pinterest Share
Share on LinkedIn Share
Share on Digg Share
Send email Mail
previousIf You Use This Smartphone Brand, You are 192 Times More Likely To Be Hacked
nextBest Tecno Phones Of 2019 and 2020 With Their Specifications.